The Tower and Clink 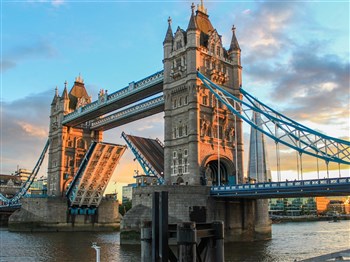 One of the most commonly-argued derivatives is that the sound of the blacksmith's hammer closing the irons around the wrists or ankles of the prisioners, although the Flemish word 'klink' meaning 'latch' (perhaps referring to the latch on the gaol goor) could also have influenced its attachment.

Whatever the stymology, the prison subsequently bequeathed this name to all others, resulting in the development of the expression, 'to be thrown in The Clink'.

Following the guided tour, step into a restaurant around the corner for an included two course lunch before entering the Tower Bridge Expereince.

From the high level walkways take in stunning panoramic views and expereince the thrill of seeing London life through the Glass Floor.

Follow in the footsteps of the unsung heros of Tower Bridge. Uncover their stories and soak in the atmopshere of the working Bridge in one of London's true hidden gems: the magnificent Victorian Engine Rooms.

A Blue Badge Gudie will join this excurison

1100 Guided tour of the Clink Museum