The Script at Newmarket 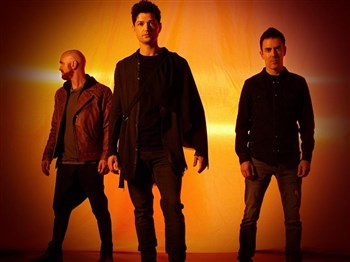 The alt-pop trio, fronted by Danny O’Donoghue, are one of the most successful Irish acts of recent times

Having returned earlier this year with the emotive, stadium-bound first single ‘The Last Time’, their sixth studio album ‘Sunsets & Full Moons’ was released on Friday (8th November) and is set to continue the success of their previous LPs, with the band having clocked up an incredible four UK Number 1 albums.

The arena-filling band will open the summer season at Newmarket Racecourses on Friday 19th June 2020, with hits including ‘The Man Who Can’t Be Moved’, ‘Hall of Fame’, ‘For The First Time’ and ‘Superheroes’.