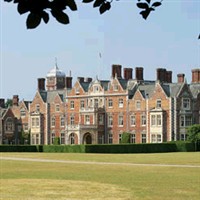 Departing Essex & Suffolk - The house, set in 60 acres of stunning gardens, is perhaps the most famous stately home in Norfolk and is at the heart of the 20000-acre Sandringham Estate.