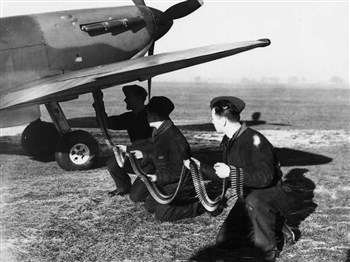 Inspiring generations, remembering the Few and honouring the Many

Biggin Hill Memorial Museum tells the story of Britain’s most famous fighter station through the personal experiences of those who served there, and the community who supported them.  One of Britain’s oldest aerodromes, RAF Biggin Hill is internationally recognised as Sir Winston Churchill’s ‘strongest link’ in the Battle of Britain. Today, the museum sits on the same site as St George’s RAF Chapel of Remembrance, which was completed in 1951 to preserve the legacy of the aircrew who served and died at Biggin Hill.

The Museum exhibition explores the unique history of RAF Biggin Hill, through a collection of exceptional objects and stories. The galleries trace the former RAF fighter station from 1916 until the end of the Second World War, with a focus on the significant role played by Biggin Hill during the Battle of Britain.

The Museum, Exhibition, Café, Site and Chapel are fully accessible for all visitors.